A Note From the Editor: I was contact by BiJian Fan, a Math teacher at CSUCI who wanted me to share this post from his website to help inspire parents and kids who struggle with Math. According to BiJian, "Math education has troubled our families and schools and studies identifies language as the key factor, but it is essentially an unknown in our community. I teach Math at Cal. State Univ. Channel Islands, and I wrote an article to shed light on the problem and a provide solution." 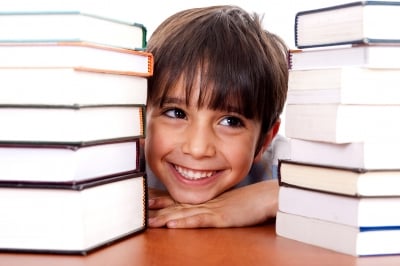 Counting is the foundation of math.  When tested for counting, Chinese children outperform American children by age three.  Studies have identified language as a key factor [1].  Arabic numerals are organized in a base-10 structure.  To count correctly, it is crucial to recognize and follow the recurring pattern.  For example, 2 recurs in every tens, 2,12, 22, … , 92. Children learn counting through words.  English words for numbers 11-19 are irregular and disrupt the recurring pattern.  To illustrate the disruption, they are compared with Chinese in the Table.  For example, in the sequence of two (2), twelve (12), twenty-two (22),…, Ninety-two (92), all words but twelve fit the recurring pattern. The Chinese word for 12 is literally translated as “ten-two;” this aligns with the recurring pattern.  The English word twelve disrupts the recurring pattern because it bears no relation to ten and two.  The irregularity of English words masks the base-10 structure.  Numbers 11 to 19, in particular, form a stumbling block for American children.  Besides the base-10 structure, English words lack transparency in place value.  For example, in the number 11, each 1 represents a different value depending on its place.  The first 1 represents ten and the second 1 represents one.  The Chinese language distinguishes the two 1s with the word ten-one, which reveals two distinct values in relation to their places.  Eleven in English conveys no place value at all. Place value is critical to counting and arithmetic beyond 10.  Most children learn addition through fingers.  For example, to add 8 and 4, children often start with 8 fingers and then count “nine, ten, eleven, twelve” continuously.  In China, children count “nine, ten, ten-one, ten-two.”  The place value breaks a big number beyond 10 into small numbers within 10. 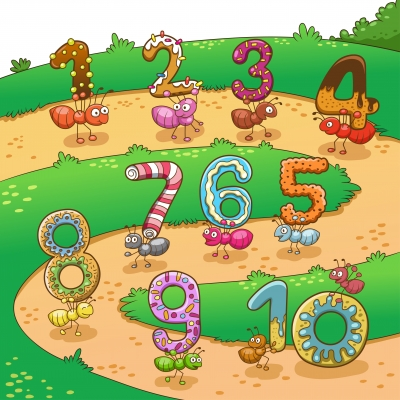 There is no cross-cultural difference in arithmetic within 10.  Beyond 10, Chinese children gain linguistic advantage in “make-a-ten” strategy, a fundamental skill in arithmetic.  For example, 9 + 3 = 9 + (1+2) = (9+1)  + 2 = 10 (ten) + 2 (two)  = 12 (ten-two) Chinese children connect ten and two to ten-two in words intuitively.  American children struggle to make the same connection because twelve does not relate to ten and two in word.  The irregularity of those words blocks their intuition and delays their math development for two years [1]. What is the solution?  First, teach the numbers 11-19 in words ten-one through ten-nine as shown in the Table.  These words ought to be taught at homes, daycare centers, and preschools because children develop number sense by age two.  This would free a child's intuition because those regular words restore the recurring pattern and place value.  Then, teach words eleven through nineteen as nicknames.  This remedy would fit seamlessly into existing school teaching curricula.Spread the words literally, Ten-one (11), Ten-two (12), ... , Ten-nine (19). [1]  Kevin F. Miller, Melissa Kelly, Xiaobin Zhou, Learning Mathematics in China and the United States. In J.I.D. Campbell (Ed.) Handbook of Mathematical Cognition.

Could Your Name Go Here?

If you've ever thought that running this Macaroni Kid edition looks like a fun job, you'd be right! So guess what? Now's the time! We have an opening for a publisher for this site! Click here to find out how to join our team today!